Born on 31 August 1870, Maria Montessori was way ahead of her time.
She was one of the first female doctors in Italy.
Apparently, her father did not want her to go to university.
This was a woman who believed in herself and was not afraid to go against what conventional society expected.
She ruffled a lot of feathers along the way, as you do when you believe in something that is close to your heart.
A humanitarian, she called her method, “Education for peace.”
She spent her last years in India.
And developed a very special relationship with the people and the culture.
She has also had a profound effect on so many children, particularly some 3 to 6 year olds in Annie’s class who said that she was a goddess when they discussed her birthday today!
Thank you for your contribution to our world, Ms Montessori, it is a better place because of it.
Blessings to you. 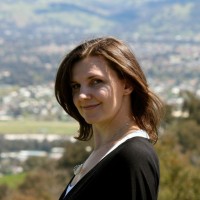